Sea turtles tend to make their nests at night and lay between 50 to 200 eggs per nest. The eggs hatch after just a couple of months, at which point the test of survival begins. Although there are a large number eggs to begin with, baby sea turtles must still avoid the perils of predation, and not all survive.

Sireli estimated that 120 sea turtles recently began their pilgrimage to the sea, and he was amazed to see their instinctive survival tactics first hand. As one sea turtle entered the ocean, a fish approached, most likely interested in a snack. Sireli recounts, “all of a sudden we saw [the sea turtle] play dead, just floating like a log.” This innate ability to avoid becoming fish food is only part of the struggle to survive.

Young sea turtles don’t have to just worry about predators, they must escape the elements, as well. Sireli explains that the sea turtles may die due to “rain, swell (which throws sand on them and suffocates the baby turtles who find it hard to breathe)” and other environmental hazards.

The rains in Fiji have been heavy, which means the baby sea turtles have to survive these floods, but the hatchlings promoted a spark of confidence and Pacific Blue Foundation has hope. Sireli echoed these sentiments: “luckily more than hundreds made it to the sea [and] we hope that more will survive.”

Sireli Kago and other locals on Yanuca Island are making an effort to protect the sea turtles. He noted, “there are some weak ones. I told Lani to keep them in a container and feed them before they release them.” Sireli will send us photos of the sea turtles soon. 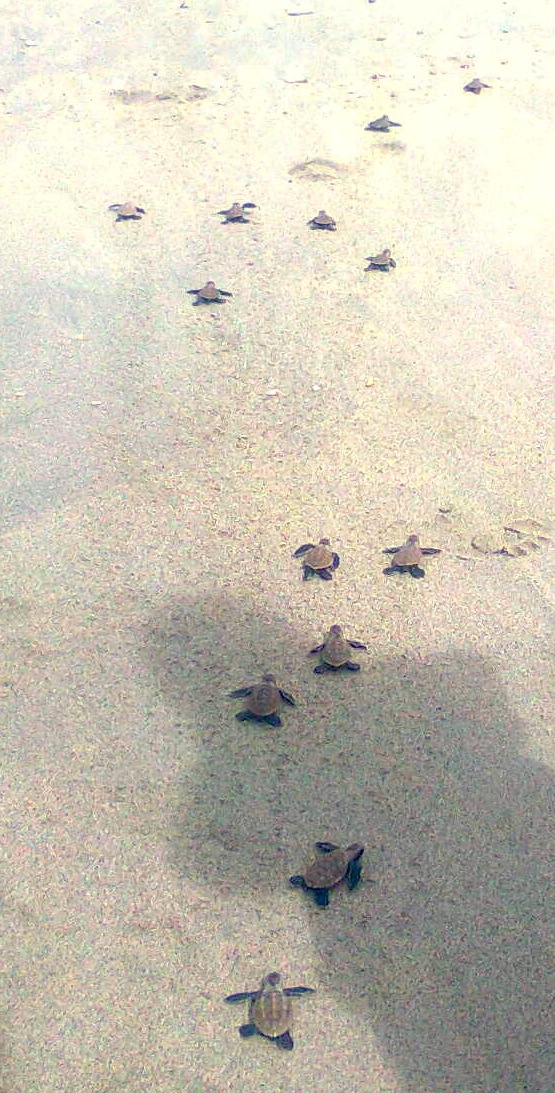